YUMA, Ariz. (November 13, 2018) — Almark Foods, one of the nation’s leading producers of ready-to-eat eggs, has opened its new production facility in Yuma. The 115,000-square-foot plant that produces peeled, hard boiled eggs was designed and constructed by Stellar, a fully integrated firm focused on design, engineering, construction and mechanical services worldwide. 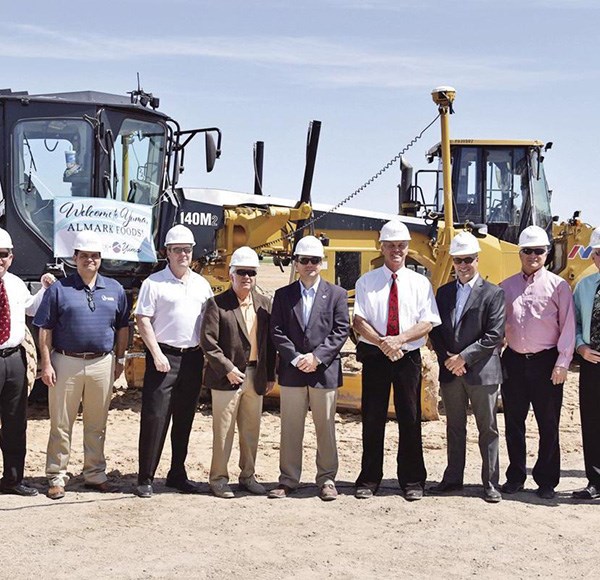 Stellar was the design-builder for the facility and self-performed refrigeration, mechanical infrastructure and the building’s thermal package, including the insulated metal panels and doors. The firm also designed the preliminary layout and process engineering for the client-selected equipment.

Stellar designed separate restrooms and locker rooms for employees who work with raw and ready-to-eat product, respectively. These segregated areas ensure food safety by reducing the risk of cross-contamination.

A significant amount of automation was incorporated into the facility, allowing Almark Foods to produce significantly more product than ever before. Flexible ductwork was also built into the ceiling of the egg processing space to spot cool individual workers at the head of the cookers.

The new production facility was built with growth in mind. Stellar designed the layout to allow for an additional 85,000 square feet, should the company choose to expand in the future.

Construction of the facility began in March 2017, and it became operational in late May 2018.