AUGUSTA, Ga. (May 31, 2019) — Stellar, a fully integrated firm focused on design, engineering, construction and mechanical services worldwide, has completed its expansion to the Starbucks Soluble Coffee Facility in Augusta. 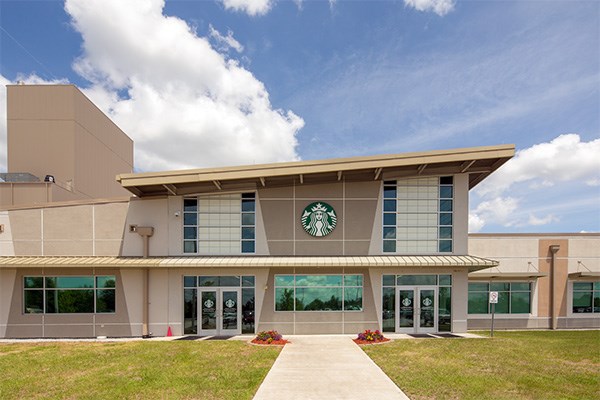 The $121 million design-build project added 150,000 square feet to the existing building, nearly doubling its original size to a new total of about 325,000 square feet.

Prompted by Starbucks growth and consumer demand, the expansion added six new whole bean roasters, allowing the facility to produce up to 146.8 million pounds of coffee per year at maximum capacity.

“Our biggest design improvement was implementing a unique flexibility layout and process that allows Starbucks to transfer product from any one of the plant’s unroasted coffee storage silos to roasted bean storage all the way through to any one of the plant’s packaging lines,” said Jason Goode, senior project engineer at Stellar.

Work on the expansion began in October 2017. Stellar designed and constructed the original building, which first became operational in August 2014.

The plant is the first company-owned facility in the world to produce Starbucks soluble products. The coffee roasted at the plant is used in Starbucks VIA® Instant, as well as in the coffee base for Frappuccino® blended beverages and many of the Starbucks bottled and canned beverages. The plant produces packaged coffee for Starbucks stores and retail locations in the Northeast and Southeast United States.

“We were proud to once again partner with Starbucks and take this award-winning facility to the next level,” said Todd Allsup, Vice President of Sales for Stellar’s Food Group. “This is a state-of-the-art coffee plant unlike any other in the country, and it speaks to the Starbucks commitment to innovation, sustainability and delivering a high-quality product.”